Bronzino, The Descent of Christ Into Limbo

In the Basilica of Santa Croce museum, in the Refectory, where the Cimabue crucifix hangs, there is an now an exhibit set up in the middle of the space. One of the paintings is Bronzino's "The Descent of Christ Into Limbo". The predella of this work was "lost" in the Santa Croce complex since the flood of 1966 or before - it was previously removed from the church itself when Vasari made alterations to the piazza end of the building. It was only "discovered" again in 2003 and had been in restoration along with the main painting since - and what a restoration it has been. The painting is on a giant panel made up of several pieces of wood (over 4 meters tall) and was badly damaged by the flood. It has been skillfully restored (perhaps overly so) to such a brilliance that it looks brand new. If you visit Santa Croce make sure to visit this part of the complex and see this striking work by a mature Bronzino. 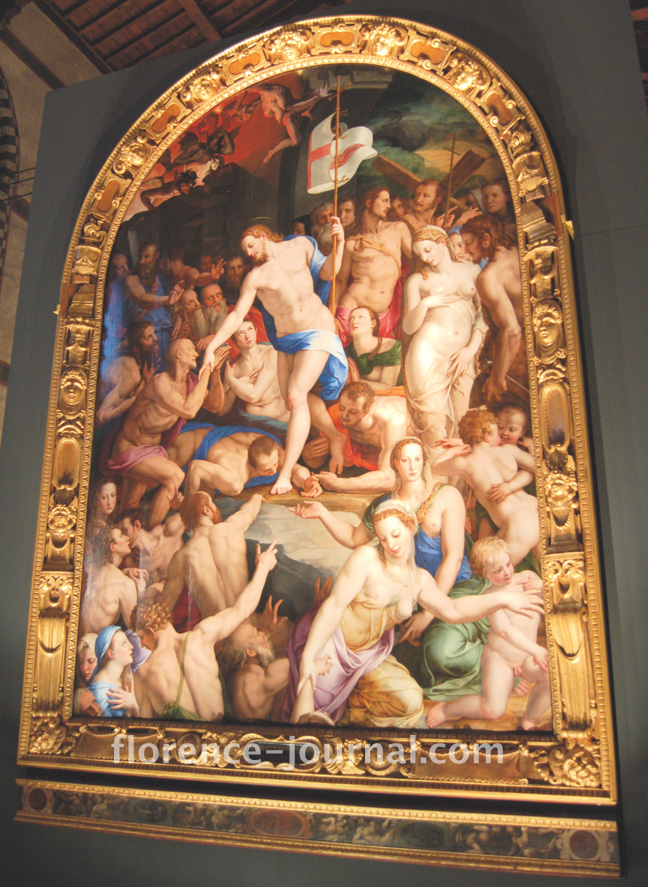